Supercritical fluid chromatography (SFC) is now a well-established tool incorporated into the small molecule drug development strategy for organizations of all types and sizes. Its imprint is almost surely on the history of development of any new advanced chiral drug candidate. Big pharmaceutical companies have been utilizing SFC for over 20 years, and most have established operations dedicated to chiral SFC separation for well over 10 years. These include analysis systems used for method development to determine the chiral purity of API’s and intermediates as well as for scaling up to purification methods. SFC preparative instruments may be utilized for low milligram scale separations up to multiple kilograms.

SFC has moved past HPLC in utilization for pharmaceutical chiral analysis and purification based on several speed advantages inherent to the technology. The usual mobile phase in SFC consists primarily of CO2 plus an organic alcohol solvent compressed and mixed by a liquid/CO2 binary pump. The most fundamental advantage of this methodology is its higher optimal linear velocity. It has been shown that, for packed columns of equivalent particle size, SFC can allow flow rates three to five times higher than HPLC.

With higher operating flow rates, the inherently lower viscosity of SFC mobile phases results in a lower pressure drop across the column, allowing the use of longer columns when required. Fast equilibration allows for shorter cycle times with gradient SFC separations, further reducing the time required for chiral method development. These properties yield higher efficiency separations in less time, leading to faster access to optimal methods and the ability to explore an ever-increasing number of commercial stationary phases.

These advantages and others extend to chiral preparative SFC. A reduced injection-to-injection cycle time results from the higher speed separations. Compared to HPLC two enantiomer peaks on SFC will typically be eluted with good selectivity in significantly less time. With systems that facilitate injection stacking SFC purification cycle times can be minimized to the time difference between the beginning of the first peak to the end of the second peak’s tail.

An expert user will be able to maximize SFC throughput through an optimization of injection quantity (loading), mobile phase composition, flow and even column length- with the ability to use different column lengths and/or couple them. Following an efficient SFC processing method, the collected fractions will require evaporation. These fraction volumes will be significantly lower, and less toxic than those collected using a typical HPLC preparative method for the same material.

Still SFC separation may not be the best technique to isolate certain chiral molecules, a somewhat uncommon case for small pharmaceutical compounds. The most likely reason for this is low solubility. Occasionally a crude material will not be sufficiently soluble in a compatible solvent to inject into the SFC system at a good concentration for production throughput. It may be that 1) only a low concentration can be achieved in a non-aqueous sample solvent, 2) the stationary phase is unstable with the solvent required to dissolve the material, or 3) the mobile phase composition of the SFC method is insufficient to dissolve the sample solution causing a pressure spike upon injection. Normal phase chiral HPLC may be the best solution in these cases and it thus remains a valuable asset in the chiral separation laboratory.

Investment into an infrastructure for SFC purification is the main barrier to its more widespread use. A laboratory will need to store a sufficient quantity of liquid CO2 for their production needs. This will possibly require costly facility modifications. The pressure of the liquid CO2 must be raised (typically to at least 900 psi) by a pressure boosting system to provide the necessary input for a preparative SFC pump. Beyond these costs, preparative SFC systems themselves require additional components that a typical HPLC system does not. These include the CO2 pump, backpressure regulator, sample injection pump, a gas-liquid fraction separator, and others depending on the manufacturer and model. Thus, prep SFC instruments are generally more expensive. Although SFC is more cost-effective to run once the system is in place its infrastructure requirements may be altogether so significant for many operations that they accept the lower efficiency alternative. This is, unfortunately, the reality for almost all U.S. academic labs and most smaller pharma and biotech operations. There is always the option to access the benefits of the technology through outsourcing or partnering with companies equipped with SFC capabilities. However, these services are often offered at rates so prohibitive as to nonetheless inhibit access to SFC altogether for many scientists, especially with outsourcing groups that are located in Europe or the United States.

ChemPartner has been performing chiral SFC for customers in China and around the world for well over 10 years. Our organization has the combined experience, preparative infrastructure, and capacity to handle chiral purification requests suited to any customer’s need at a reasonable cost. Chiral separations of all varieties are regularly performed at ChemPartner for U.S. and other international customers. We have fulfilled many multi-kilogram level separations with SFC, even under GMP conditions. Utilizing the combined SFC expertise of the U.S.- and China-based teams, ChemPartner has exceptional capability to solve the most challenging chiral separation problems and efficiently deliver pure material. Contact our team at usa@chempartner.com to learn how ChemPartner can help meet your unique chiral separation needs. 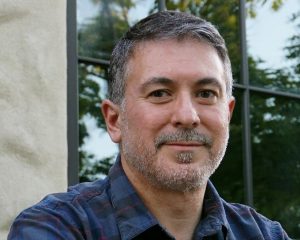 Manny Ventura, PhD is currently Director and Global Head of Analytical Chemistry at ChemPartner. He is based in South San Francisco, where he also provides expert analytical support to medicinal chemistry colleagues, incubator chemists and local clients. He has over 20 years’ experience with supercritical fluid chromatography (SFC.) At Pfizer- La Jolla Manny made critical contributions to the design, development and utilization of high throughput SFC/MS for analysis of combinatorial libraries. He has led separations groups at Pfizer, and next at Amgen South San Francisco where he implemented the chiral preparative SFC function supporting the medicinal chemistry department. Manny has a BA in Physics from UC Berkeley and a PhD in Analytical Chemistry from the University of Texas at Austin with a focus in mass spectrometry.